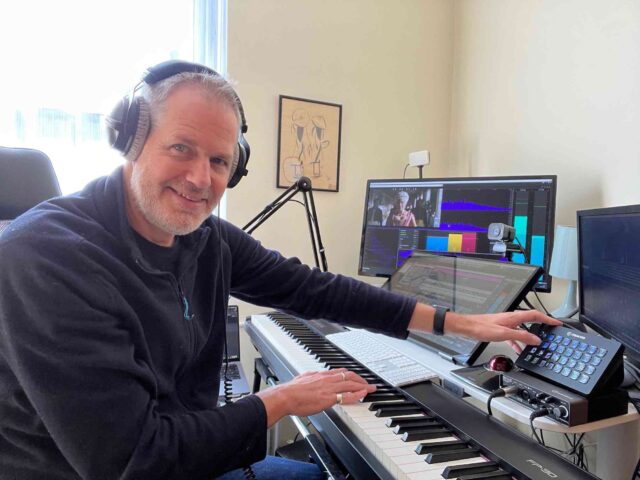 Born in Cape Town, South Africa, where he grew up and went to university, Benedict grew up with music around him, learning to play the cello, piano and percussion. He studied music at school and university with harmony and learning to compose early on, composing for plays (including some of Shakespeare’s plays), he has always been fascinated with the use of music in films. Although with a classical upbringing and learning to read and write music in the notation style, he has been developing his skills with synthesised music, doing a Masterclass with Hans Zimmer to further develop it.

Benedict has had quite a wide experience with TV and film, running a company, CZA Studios for 2D and 3D animation, specialising in whiteboard animation for companies like PwC and McKinsey and Co. He has also provided zooming in from space to a specific play in Manchester for the BBC series, The Body Farm and also providing interactive coding for BBC series like Inspector Lewis and Hustle.

Other than his work for Google Digital Garage (and Google New Initiative) as broadcaster, lead talker and moderator and all of his background in animation and film, Benedict is now centring his work on his first love, composing for film.